Edit
watch 02:09
The Warlock Subclasses
Do you like this video?
Play Sound

"Space Magic"
Warlocks have long studied the Traveler, mastering some of its arcane energies. Its true purpose still remains a great mystery, but discovering truth has always driven you into the unknown. Now, our enemies are the only thing that stands between you and the lost wonders of our Golden Age.[1]

The Warlock is a Guardian class in Destiny that specializes in combining "magic" powers granted by The Traveler with modern weapons.[1][2]

Warlocks have long studied The Traveler, which gives rise to their ability to harness some of its powers.[1] As the Warlocks advance through levels, their arcane powers grow stronger.

In appearance, Warlocks can be distinguished by their rounded helmets and long vestments.[2] As with the other player classes, in addition to head, chest armor, gauntlets, and leg armor, they have a special fifth armor slot that is unique to their class and further helps to distinguish them from their brethren in arms:[3] a bond (armband) worn on the upper-left arm.[3]

There are three known Warlock Orders in the City.

For a full list of Warlocks, please see Category:Warlocks.

Concept art of the Warlock's armor 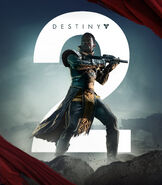 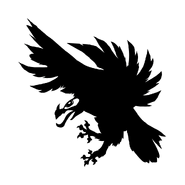