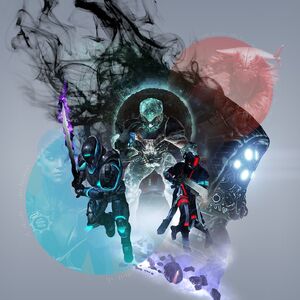 The April Update Has Arrived!

If you haven't been following, the April Update is a massive update to Destiny that brings stacks of new gear, gameplay... rather than going on like a parrot, I'll provide links to recaps for each stream and the Bungie update log.

Update rolled out around 10AM April 12th PST.
In terms of size, we're looking at...

Now that its out in the wild, what does everyone think?
Retrieved from "https://destiny.fandom.com/wiki/User_blog:Silicon_Soldier/April_Update_Has_Arrived!?oldid=215211"
Community content is available under CC-BY-SA unless otherwise noted.