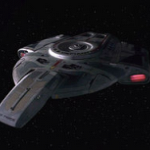 I am a casual gamer and by no means a professional in any way. I play games to have fun, not to kick ass and, therefore, do not usually play PvP modes/games.

I am a Canadian, and no, I do not say a-boot, though I do tend to add the odd "eh" here and there. Being a Canadian, I spell words the British way, because after all, we are a member of the Commonwealth of Nations.

I played World of Warcraft from half way through Wrath of the Lich King until just before Warlords of Draenor.

I played League of Legends during the same time as WoW, but I never got into competitive.

I played a few Call of Duty titles, from Modern Warfare 3 to Black Ops III.

I currently only play games on PlayStation, as I do not have a PC capable of playing modern games. The one I used for WoW and LoL was just barely able to run those. I hope to add a proper gaming PC to my equipment some day.

I play Destiny on the PlayStation 4.

I played the Destiny First Look Alpha, only for one day, and didn't get to experience much of the game at the time. The Destiny Public Beta, I played as much as I could:

My second character is an Awoken Female Hunter, currently at level 28. I finished Gunslinger before trying Bladedancer. Of the two, I prefer Bladedancer for the ability to quickly slice through many enemies with Arc Blade.

I have not created a Warlock yet. Below is a list of Warlock gear I have waiting in my vault.

This list contains other legendary and exotic weapons I am not using at the moment.

Retrieved from "https://destiny.fandom.com/wiki/User:TheDefiant604?oldid=200480"
Community content is available under CC-BY-SA unless otherwise noted.