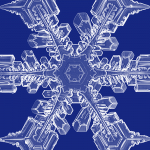 "How do you change the world? Figure it out for yourself, because in doing so you may find a way of doing something different, better, and never imagined before an idea that can truly revolutionize our world."

But what lies beyond the pattern you may ask? Well that would be me Jaidyn (a.k.a. SpacialSnowflake, DEST_XDemonX (cringe) and that quite guy who pretty much lives in their own head occasionally surfacing for some form of interesting interaction) spontaneous realist idealist who thinks that with a little creativity you can change the world. I first came to this website on March the 2nd or 3rd [1] when I saw how the page on the Golden Age had so little info for what would have been such an amazing time, I quickly created a profile so I could edit the page with some info that was plenty and more relevant and soon realized that the entire wiki was lacking large amounts of information. I now spend my spare time on this website tying to get the info's quality up irradically switching between typing large spouts of information possibly also slightly irrelevant detail and pondering scenarios and become lost in my own head. [2] Speaking of irrelevant details here are some. I am 18, Australian and Male. I main a Warlock because I love power and alt a Hunter for the personality.

I first started playing Destiny in the Beta and quickly became completely addicted, almost maxing out the beta Grimoire score and waking up at insane times for me to participate in the Iron Banners and spend several hours on the Moon [3], when the Beta closed I didn't know what to do and waited out the mounths between the launch bored. The day before the game came out I literally came home from school half dead I legitimately got extremely sick just as the game launched allowing me to get a massive leg up on most people eventually ending up being one of the top tier players by the time the raid came out unfortuantly though during the time I was sick I could barely speak leading to some awkward messages being sent to people who would be like "Bro are you there? HELLOOOOOO anyone there?", at least I could speak when the raid came out being one the the top 1% to get to Atheon. After the launch I continued playing Destiny until The Dark Below and after beating Crota down with his own sword I took a break from Destiny. Now I only come back to play a few weeks before an x-pac, max out the x-pac and move on. Still I generally remain active at all times somewhere in the Destiny community be it on console or just doing random stuff with the web based community.

TL;DR This information is pretty useless don't bother reading it.

Retrieved from "https://destiny.fandom.com/wiki/User:SpacialSnowflake?oldid=115220"
Community content is available under CC-BY-SA unless otherwise noted.