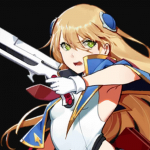 Harrowed Smite of Merain or

Defiance of Yasmin or Fang of Ir Yût or Hi, I'm Joel. Or Grunty. I've been playing Destiny since the end of 2015, since December 26, 2015, to be exact. You'll see me edit most often on Halo Nation, the Gun Wiki, Hot Wheels, RWBY Wiki or the Kantai Collection Wiki.

I normally play as a Hunter, though I also have a Warlock and a Titan for flexibility and learning how both classes work. You can usually find me in the Dreadnaught, the Cosmodrome or the Crucible, where I spend most of my time, mostly to earn Strange Coins or unique loot like the Split Shifter Pro, Red Spectre or The Ash Factory. I normally use a Nightstalker, though will occasionally switch to Bladedancer or Gunslinger when the need arises. (oh, and before you ask, I have no interest in acquiring Destiny 2 unless it is on fire sale)

It's not a whole lot, really.

These are opinions on weapons I have.

Exos don't dream, he says. But what's dreams? And what's memory? Ah, just fix the gun, Banshee.
― Banshee-44
What the hell was that?
― Commander Zavala
What does it mean to be a Titan? As a Titan, you are part of the City, in a way no Warlock or Hunter can understand. The dream of the City rests upon our shoulders. Then there are those that find a path outside our walls; those that take up with leaders they barely understand. So it has ever been with the Sunbreakers. The Hammer of Sol is a flame in the darkness. But fire burns without thought. It is time that fire came home--to keep the City and her walls warm throughout the long night.
― Commander Zavala
Hello, this is Cayde-6 of the Vanguard. I realize that this is an abuse of the Tower PA, but, whoever took my Sparrow, I will find you. And you'll wear a sign that says you stole- n-never mind. It's right here, sorry.
― Cayde-6
What does it mean to be a Hunter? I say it's all about where you belong. The Warlocks have their libraries, Titans have their walls. But Hunters belong in the wild. Out there, you wanna live? You better have a quick shot or a sharp blade. A lot of us are loners, but that's not the only path; some of us know the difference a Fireteam makes. Some of us–we touch the Void; make it part of us. And then we take a name: Nightstalker. Hunt from the shadows, pin them down, never let them see you coming.
― Cayde-6
Oh right, can I have authorization?
― Cayde-6
What does it mean to be a Warlock? Power; only Warlocks understand true power. True power lies in knowledge; in understanding. Power channeled; not controlled. The Storm is raw power; the Trance is true understanding. Both are required. The Stormcaller, then, is both the question and the answer, and thus what it means to be a Warlock.
― Ikora Rey
Hunterrrrrrrrr!
― Master Rahool
I expect you to return with a litany of engrams.
― Master Ives
Do you like it better when Lord Saladin oversees these matches? Do I look like I care? Get back in there!
― Lord Shaxx
Cayde ran through the Crucible like it was a game. Sly bastard.
― Lord Shaxx
In its dying breath, the Traveler released the Ghosts... to open doors.
― Eris Morn
I'm trying to defuse a bomb here, and these explosions are not helping!
― Ghost
Come to me, warrior of Light. I will finish what Crota began.
― Oryx
They are dead. You are not.
― Variks
Success! You have done it.
― Variks
Success, Guardian! Succeeeeess.
― Variks
You failed, Guardian.
― Variks
You... disappoint me.
― Variks
Guardian, this is Variks. Detected signal. Detected you. Ketch out of Fallen hands. Watch your baaaaaaack.
― Variks
If Zavala would help us, I'd put him on a throne. But he won't.
― Executor Hideo
And thanks. You know, for being my Guardian.
― Ghost
Retrieved from "https://destiny.fandom.com/wiki/User:Grunty89?oldid=224560"
Community content is available under CC-BY-SA unless otherwise noted.