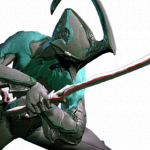 Where I write down random bits of information I find interesting about Destiny.

This is just a list of some perks I thought would be fun to use.

Numbered perks are just different versions of the perk. It just means I had a lot of ideas for that particular perk.

Note: If a major or ultra would die as a result of teleportation (falling off the map), the enemy is teleported to the nearest safe area.

Retrieved from "https://destiny.fandom.com/wiki/User:Avizyko?oldid=165370"
Community content is available under CC-BY-SA unless otherwise noted.