Destiny Wiki
Register
Don't have an account?
Sign In
Advertisement
in: Locations in The City, Destiny Activities
English

For the Tower in Destiny 2, see Tower (Destiny 2).

Home of the Guardians, where you can regroup, rearm, and form new alliances before venturing beyond.
― In-game description

The Tower is a social activity and a location within the walls of The City. In the Tower, Guardians can interact with each other, visit vendors, or turn in quest items.[1][2][3]

The Tower is divided into the following five areas: The Tower Plaza, Tower North, The Hall of Guardians, Traveler's Walk and the Tower Hanger. New arrivals appear in the Tower Plaza, the central hub from which all other areas are accessible.[1]

The Tower Plaza is the first area entered by Guardians when arriving in the Tower. It is the central area and branches off into the other four sections. This area generally serves as a meeting place for Guardians coming and going from the Tower. There are also kiosks for Guardians to access their Vault and the Silver Dust store.

To the left of Tower Plaza lies Tower North, an area that encompasses several other vendors and kiosks. This area includes an observation tower with a perfect view of the Traveler. The Speaker resides here.

Directly above is the Traveler's Walk, which was originally only accessible during special events, including the Iron Banner events and the original Queen's Wrath event that took place between September 23 and October 6, 2014. In January 2017, at the end of The Dawning event, the area was opened permanently. Several fish can be found in the pools next to the central walkway, and there is even a dead Ghost in this location.

The Tower Hanger is located at the far east side of the Tower. When a player arrives in the Tower, their jumpship can be seen landing in this area. At the lowest part of this area is a jukebox that can play music if the player interacts with it. There are also several kiosks in this locations for players to retrieve jumpships, emotes, and Sparrows they have previously unlocked.

Guardians can interact with a variety of non-player characters (NPCs) at the Tower.[1] Some NPCs serve no apparent function except to populate the Tower, while others provide a variety of services and products for sale.[1] The following is a list of known NPCs at the Tower who sell goods and services (alphabetical order by area):[1]

Concept art of the Tower hangar.

A Guardian sitting at the Tower.

Panorama of the Tower. 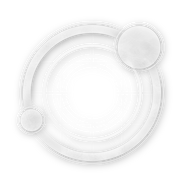 A VTOL aircraft approaching the Tower.

The occupants of the Tower in Destiny's ending.

Blank map of the Tower in the Destiny beta.

Detailed map of the Tower in Destiny.