Edit
watch 02:53
GTA: The Criminal Enterprises - The Loop
Do you like this video?
Play Sound

The Witch Queen is the sixth downloadable content (DLC) expansion pack for Destiny 2. It released on the February 22nd, 2022.

The Witch Queen follows Savathûn after the events of Season of the Lost from Beyond Light, after she stole the Light.

The Witch Queen begins with Mars suddenly appearing after its descend into the Destiny Content Vault. Savathûn has mysteriously shown herself on the surface of Mars. With Ikora Rey and Eris Morn exploring the new camp near the Relic, the Cabal set up a cannon aiming at Savathûn's ship, and so the opening mission begins.

Sister of Shapes, Sword-Breaker, Witch Queen – which of my many names lives on your lips as you weave your story around me? Even as you tread carefully through my courtyard, among those who worship the Light I have gifted, would you deny me the virtue of this power?

Your answers are telling, Guardian. Ponder them and question those who promise you clarity in the face of all you see here. Listen as their voice wavers. And as you lift your new steel from the heart of your forge, ask yourself, "What force wields you?"

A twisted wonderland of corruption and splendor, Savathûn’s Throne World plays host to a fragile balance of terrifying power. From the foundation of her glistening palace to the gnarled roots in the swamp, all that she hides can be found here. Seek the truth and learn that in this place, mystery makes its home in both the Darkness and the Light.

A sprawling web of evidence lies before you. Shadows nip at your heels as you retreat into the Light, only to find the enemy waiting, bolstered by a power it does not deserve. Face the Witch Queen’s Lucent Brood and solve the riddle at the heart of her deceit.

Players who pre-order the game will receive instant access and following goodies:[1]

Players who ordered the Deluxe Edition including the Bungie 30th Anniversary Pack will also receive:

Links:
Details for the available systems and players from the US and EU. 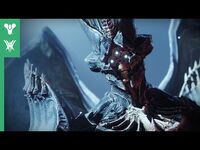 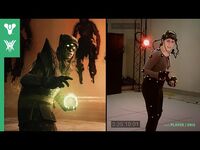 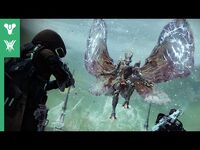