Edit
watch 01:38
Official 'Destiny: Rise of Iron' – The Dawning Launch Trailer
Do you like this video?
Play Sound

The Dawning is a holiday that ran from December 13th, 2016 to January 3rd, 2017. It hosts a new Sparrow Racing League event, new quests, new gear for Guardians, and some brand-new ways to compete in Strikes.

The Dawning is a time when the Guardians gather together to welcome a new year by sharing gifts and games. It's considered a season of healthy competition. It was created during the early days of the Last City, when the survivors brought customs from a thousand nations to create new traditions to reflect the new world they lived in. Lanterns and candles are lit to symbolize the Light guiding people through the Darkness, a reminder that no matter how dark the night is, dawn will always come.

The Dawning included these new events such as:

From the items listed above, the items and gamemodes that stayed were: 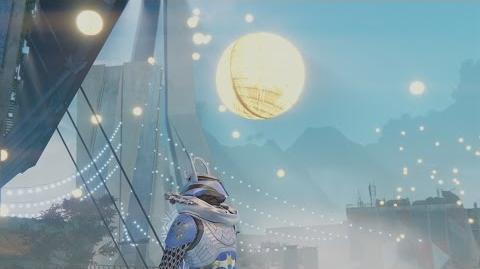