Level 38
Light 240
Investigate the signal coming from the Vault of Glass.
― In-game description

Paradox is a story mission in Destiny: The Taken King. It takes place in Ishtar Sink, Venus and is the first step in the quest The Taken War: Venus.

This mission has an alternate ending if played on the Heroic difficulty. Three dead Ghosts can be collected throughout the mission. After collecting them, a transfer gate opens, which leads to a room filled with Taken and the Blighted Descendant. After the Blighted Descendant is killed, a door will open to a room with a chest that contains the Cult Ghost item. Giving this item to Lakshmi-2 will start the quest Not Forged In Light.[1]

All dialogue is spoken through the Ghost's comms.

The Guardian arrives at the Waking Ruins. The Vex in the area twitch sporadically and fire their weapons aimlessly.

The Guardian reaches the front of the Vault of Glass and finds eight Goblins standing at the door.

If the Guardian choose to attack the Goblins anyway:

Upon approaching the entrance, the Goblins turn toward the Guardian, lower their weapons, and stand erect in a non-combat stance. The door opens. The Guardian makes their way further inside to The Trial of Kabr.

The Guardian continues through the door.

The Guardian jumps down to the Gorgon's Labyrinth.

The Guardian finds Morphon, Blighted Mind and many other Taken in the area. The Guardian begins to attack Morphon, but it teleports away.

The Guardian finds Morphon again and destroys it. The rest of the Taken vanish.

The Guardian follows Ghost's marker to a small room with an open door. A skeleton lays on the floor. The Ghost scans it.

Upon collecting the first Ghost:

Upon collecting the second Ghost:

Upon collecting the third Ghost:

A transfer gate opens across the chasm, and a new set of platforms appear leading to it. The Guardian makes their way across the chasm and into the gate. They arrive in another room.

Taken appear in the room. The Guardian kills them. The Blighted Descendant appears with more Taken.

The Blighted Descendant is destroyed and the room cleared of Taken.

The door at the room's entrance opens. The Guardian opens a chest at the far end of the next room and finds the Cult Ghost. 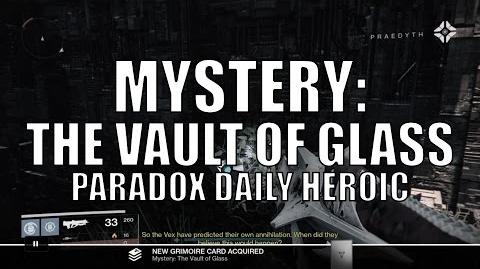 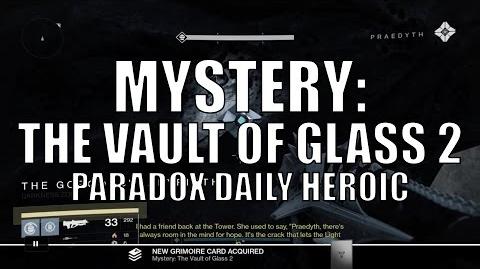 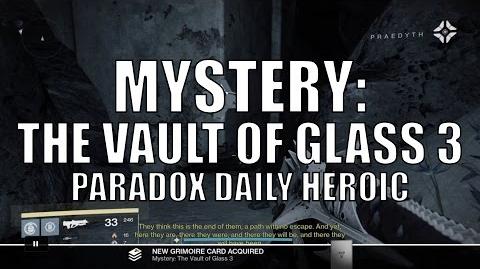 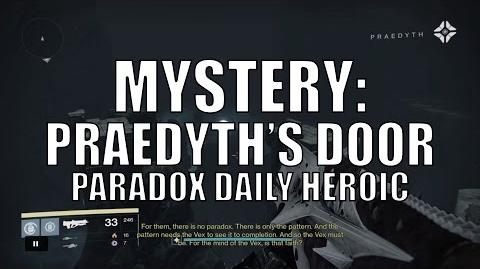 Retrieved from "https://destiny.fandom.com/wiki/Paradox?oldid=215224"
Community content is available under CC-BY-SA unless otherwise noted.