Edit
watch 01:31
How Hunter Could Give "Sidepiece" A Deadly Meaning
Do you like this video?
Play Sound

Stealth, marksmanship, speed, and finesse
Hunters once prowled the wilderness and wastelands, taking big risks for even bigger rewards. You're no outlaw—at least, not anymore—but making your own luck has always meant bending the rules. Your unique brand of daring and ingenuity is needed now more than ever.[1]

The Hunter is a Guardian class that specializes in mobility, stealth, and marksmanship. Hunters are quick with a blade and quicker on the draw, and are known as the "Masters of the Frontier."[2] Hunters have a well-earned reputation for enjoying spending time out of the wilds, which sometimes gets them into trouble with their commanding officers.

Hunters were once survivors that roamed the wastelands and wilderness making their own luck. Through manipulation of the Traveler's energies, Hunters learned how to survive in the wild.[3] This heritage has led to their characteristic tendency of bending the rules to suit their particular situation.

Though Hunters prefer working alone, others see the value of working with other Guardians as part of a fireteam. Some fear them as being too reckless and dangerous, but their bravery has led to many discoveries dating back to the Golden Age.[3]

Hunters can be easily distinguished in-game by their signature hooded cloaks, thin builds, and lightly armored outfits,[1][4] which contain an armor-to-cloth ratio of about 50:50.[5]

Also, as with the other player classes, in addition to helmets, chest armor, gauntlets, and leg armor, Hunters have a special fifth armor slot that is unique to their class and further helps to distinguish them:[6] a cloak worn on the head and back.[6]

While Hunters, like all Guardians, can use any and all weapons in-game, they employ a unique utility blade, the Hunter Knife, for stealth kills and melee combat.[7]

Hunters' method of attack has an emphasis on dealing high damage from short and medium range.[8]

For a full list of Hunters, please see Category:Hunters.

Flag of the Hunter 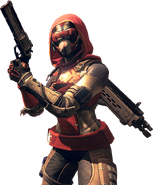 Hunter with a sniper rifle

Render of a male Hunter

Render of a male Hunter 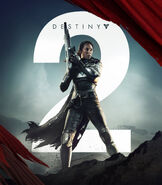 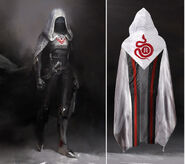 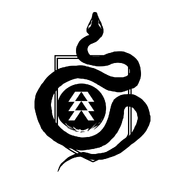