Edit
watch 04:01
'Destiny 2: Forsaken' – Last Stand of the Gunslinger
Do you like this video?
Play Sound

Forsaken is the third downloadable content (DLC) expansion pack for Destiny 2. It was formally revealed during a live stream event on June 5th, 2018, and released on September 4th, 2018.

The expansion includes major updates to Destiny 2's gameplay, weapons, and reward systems in addition to a new storyline, game modes, and raid. The storyline follows a "Wild West" revenge tale as the Guardian and Vanguard deal with the loss of Cayde-6 and the rogue Fallen faction, the Scorn, led by Uldren Sov.

Following years of turmoil, The Reef has begun to degrade into lawlessness. Cayde-6 and the Guardian are sent to investigate the area and help alleviate the area's major stresses. Upon landing at The Reef, a massive prison break occurs at the Prison of Elders, freeing some of the most wanted and dangerous criminals back into the galaxy. Beyond the Vanguard’s authority, the player will pursue these fugitives deep into the Reef. The most powerful of the fugitives, known as the Scorn, are responsible for leading the breakout. Petra Venj and the Guardian, fueled by revenge, look to hunt the 8 Barons of the Scorn, eventually culminating in the discovery of the Awoken homeworld known as the Dreaming City.

Forsaken introduces several major updates to the core Destiny formula, improving upon the existing weapon, loot, and upgrade systems. The random roll weapon system from the first Destiny will be introduced alongside all Year 2 weapons. New weapons will have a variety of perks randomly assigned when you obtain them. Additionally, all Year 1 weapons will be retired from Destiny 2 and will no longer be obtainable after the launch of Forsaken (though existing copies can be infused to Year 2 Power Levels).[citation needed]

The Masterwork system has been greatly expanded. Masterworks have evolved from one single upgrade to ten distinct upgrade tiers. Specific Masterwork tiers grant unique bonuses as well, such as kill tracking at Tier 7 and a masterwork emblem at max level, Tier 10. 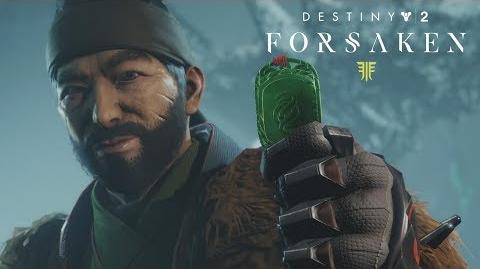 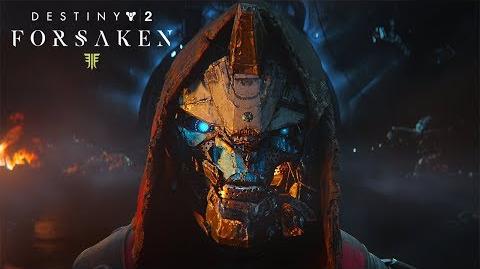