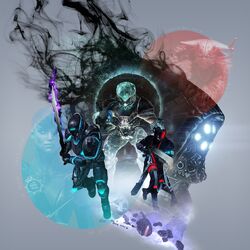 Update 2.2.0, also known as the April update, and within the fandom as "The Taken Spring", increased the maximum Light level, added new activities and items, and made some changes aimed at improving quality-of-life in Destiny. It was released on April 12, 2016.[1]

For a detailed review of class changes in 2.2.0, watch our live preview.

For a detailed review of weapon changes in 2.2.0, read the full Update Preview.

Retrieved from "https://destiny.fandom.com/wiki/Destiny_Update_2.2.0?oldid=222374"
Community content is available under CC-BY-SA unless otherwise noted.