Coldheart is an exotic trace rifle.[1] It can be dismantled to generate Glimmer, Gunsmith Materials, and Legendary Shards.

Coldheart was exclusive to players who pre-ordered Destiny 2 until December 5, 2017.[1]

This weapon has the following lore associated:

The Golden Age. Our shining history. The height from which we fell. Once, everything we had was borrowed from the past. Since the Collapse we have struggled to reclaim even a scrap of what our ancestors once took for granted. Over the years, Omolon has perfected the art of salvaging Golden Age technologies and repurposing them into effective Guardian weaponry.

But Coldheart is something new.

We didn't find Coldheart. We didn't adapt it or recycle it. We created it. Its liquid ammo, which doubles as its coolant, is a game-changer on its own—never mind Coldheart's first-of-its-kind laser-powered trace weaponry.

With Coldheart, we at Omolon are saying: we want more than to simply reclaim the Golden Age. We want to surpass it.

Coldheart can be obtained from exotic engrams, Fated Engrams, and Luminous Engrams.

For players who pre-ordered Destiny 2, the item will appear in the Postmaster after completing The Red War and reaching level 20.

Coldheart can also be upgraded with the following perks: 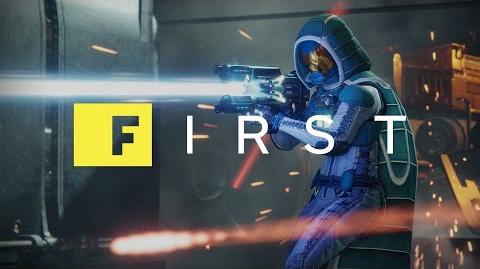