Edit
watch 04:03
Wiki Targeted (Games)
Do you like this video?
Play Sound 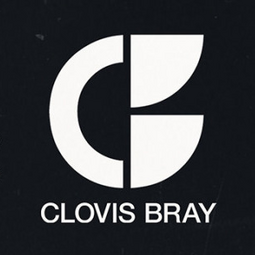 Clovis Bray was a research facility in Meridian Bay, Mars, Chicago, and Russia during the Golden Age.[1] The facility conducted research on interplanetary defense, artificial intelligence, the Traveler,[1] and SIVA.[2] It was the birthplace for most Golden Age technologies.[3]

The organization was responsible for a number of cutting-edge scientific and technological breakthroughs throughout Golden Age including "Transmission" and SIVA. While Transmission was intended to enhance the strength, speed, and intelligence of prospective colonists using nanomachines, SIVA used nanomachines to break down matter and reconstitute it in order to rapidly construct entire cities. With the Transmission project eventually being shuttered after it caused unforeseen side-effects in test subjects, Clovis Bray focused entirely on SIVA, which was subsequently completed and approved for deployment. During SIVA's development, Dr. Zarin Shirazi's confidence in SIVA's capabilities led her to neglect adding safety measures such as a kill switch. Following an incident where a test subject was made mute by the effects of SIVA, however, Zarin resolved to propose a failsafe for future nanotech development. Upon SIVA's completion, the first SIVA replication chamber, Site 6, was built within the Cosmodrome in order to outfit the colony ships.

By the time of the City Age, the work and surviving records of Clovis Bray had attained a near-mythical reputation, with some going so far as to assert that the corporation single-handedly sustained the Golden Age and was an epitome of innovation. During the Owl Sector's investigation of the Transmission incident, however, previously suppressed Clovis Bray records were uncovered, revealing the conglomerate to be more reckless in their pursuit of new advances than previously assumed.

The corporation also helped fund a colony and create laboratories and factories in the frozen moon of Europa during the Golden Age. After the Collapse, the Fallen House of Salvation started looting the ruins of Clovis Bray colony and laboratories.

Creation of The Exo's[]

The Exos were designed and built during humanity's Golden Age by the Clovis Bray corporation. The original intent of the project was to develop a durable, synthetic housing for an uploaded human consciousness (an "exomind"), which would effectively render humans immortal. However, early exominds inevitably fell victim to a degenerative process termed the "loop/billboard/crash" cycle, characterized by cognitive and motor stereotypy (abnormal, repetitive behaviors), athetosis (slow, involuntary writhing movements of the limbs and extremities), and gradual loss of sapience. While degenerating exominds would still pass the Turing test for a time, they were philosophical zombies, and would ultimately enter a state analogous to brain death. This problem eventually claimed the life of Clovis Bray II after he was uploaded into an exomind format. Crashed exominds could be restored from backup, but the "billboarding" process would simply begin again.

Following the discovery of the K1 artifact and the paracausal force Clovis Bray I called "Clarity", Clovis I mounted an expedition to Europa to find the secret of immortality promised to him by "Clarity". There, under the instructions of a mysterious entity he called "Clarity Control", Clovis I stole a Vex from the Ishtar Collective and used it to build a gate to a Vex megastructure, the Forge Star. Upon studying samples of Vex radiolarian fluid recovered from the Forge Star and observing its synergy with "Clarity", Clovis I discovered that introducing "Clarity"-altered radiolarian fluid, deemed "Alkahest", to an exomind's hardware miraculously solved the "loop/billboard/crash" problem. However, even this solution was not permanent, as the new generation of Exos fell victim to Dissociative Exomind Rejection.

Clovis I discovered that DER could be staved off by two methods. The first was the "reboot", wiping the mind's memories post-transfer so that it would not remember its old body and so better accept the new one. Despite the term "reboot", also referred to as "resets" or "memory wipes", the process did not actually remove memories and only blocked off associative access to them (as memory engrams were stored in too many areas of the brain to easily locate and delete). While effective, it was not a cure, and the reboot procedure would often be repeated several times over the Exo's life. It would also be used for functional purposes, such as restoring Exos whose minds had become "compromised," such as by Vex infection. Successive reboots cumulatively eroded an Exo's mind and their ability to retain any memories at all, with excessive numbers of reboots causing insanity. The Clovis Bray corporation estimated that the maximum number of times an Exo could be safely rebooted was around 20. As reboots did not technically remove any memories, Exos sometimes remembered traces of them, especially for Guardians and some can gain access to these buried memories by purposefully dying or killing themselves. By default, Exos had a number appended to their names that signified the number of reboots they had experienced, with the original human used as the zero-index. Hence, to use Clovis I's example, the human Mohammed would be followed by the Exo Mohammed-1, Mohammed-2 after one reset, etc. This number was stored in the Exo's memory as hardware, and so could not be forgotten.

The second method Clovis Bray used to prevent DER was to introduce familiar organic conceits into the Exo's mechanical body, such as the drive to eat or reproduce. While these "humanisms" were not functionally necessary, they nevertheless reduced the chances of DER developing, as without routine feedback from bodily processes the Exo would become convinced those processes had failed and develop severe Cotard delusion. The "humanisms" may extend to certain sensations of discomfort, such as nausea or physical exertion, as Cayde-6 has demonstrated on occasion, though he is not a reliable source. It is not possible for an Exo to become intoxicated by alcohol, however.

During the development of the Exo creation process, Clovis Bray founded the Europan colony of Eventide to house clients awaiting uploading, and the resulting Exos.